The growing number of the world’s population goes hand in hand with increasing food consumption. Standard resources and manners of food production are no longer sufficient and it is thus high time that we start seeking new possibilities. What will our diet be like in the future? Are we going to eat meat produced in laboratories? Will insects become the main component of our diet? These questions were addressed at the September meeting of the KidsXO club for children aged 8 or more, focusing on the future of food.

The last event for young boffins so far took place in mid-September as part of Future Port Prague, which is a major visionary and futuristic festival. In the first part of the meeting, children met with two prominent figures – Ambuj Jain, the founder of Feed A Billion, an organisation distributing food to those who need it most, and Brian Spears, a chemical engineer whose company produces lab-grown meat.

What did they talk about? For example, a discussion was held focusing on that the lack of food also entails distribution issues: “Despite the sufficiency of food, the problem is that food is not at the right places where those in need live,” observed Jain. As a result, 25 million people starve to death every year. “Double the population of the Czech Republic thus vanishes from the Earth every single year,” said Jain with regard to the risks of current famines.

However, not only negative aspects of the existing food policy were debated; Brian Spears also introduced a slightly more-optimistic vision of the future. His organisation called New Age Meats engages in the cultivation of animal cells so as to produce quality and tasty meat in laboratories. This type of meat production has less-intense impacts on the environment as animals are neither bred nor subsequently slaughtered.

We did not only talk about the issue; the latter half of the meeting also included a practical demonstration. The workshop was followed by a degustation of meals prepared from insects – they are considered one of the main sources of food in the future. Children had an opportunity to taste worms, cockroaches and crickets, for example. What was their reaction? Insect delicacies met with immense success – not a single cricket was left at the end of the gastronomical meeting. 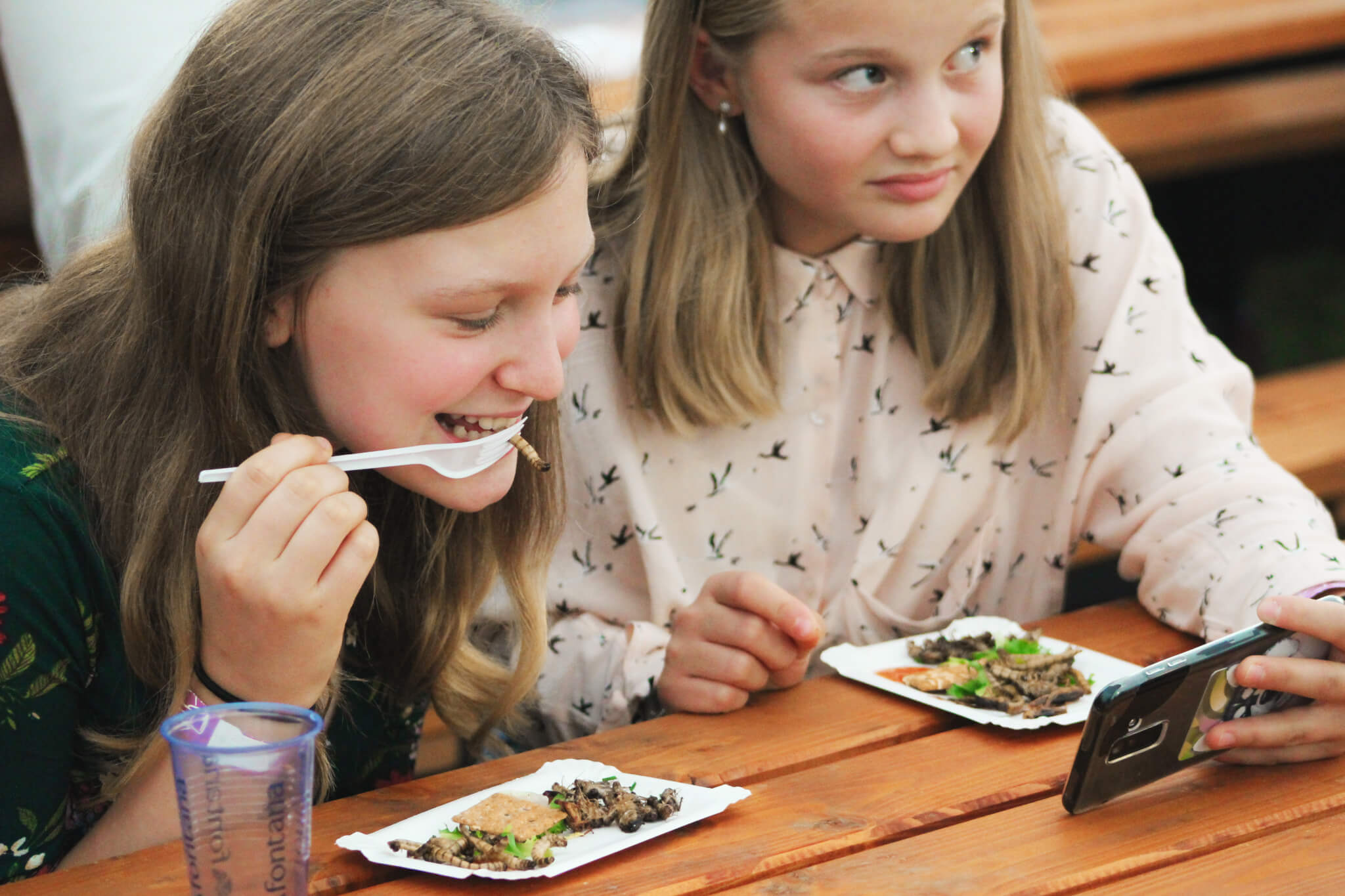 A club for children and young people aged 8-18 at which we debate the future and learn about technological news from various areas that are to become part of ordinary life. Would you like to know which other workshops we have prepared for curious students? All important information is available on the blog under the Deloitte KidsXO club tag. Information on another meeting is on our Facebook page.