In March, the long-awaited Sustainable Finance Disclosure Regulation (“SFDR”) came into effect. This regulation introduces new requirements for informing investors and transparency in financial services. However, the new regulation is not complete yet and, contrary to the plans originally announced, the clarification of obligations will be delayed. This is bad news especially for investors because, as the studies of some finance companies have shown, the popularity of sustainable investments is growing rapidly. The transparency issue is also the subject matter of a new ruling of the Court of Justice of the EU, according to which the European Investment Bank is required to review its decisions that have an impact on the environment and the social sphere.

Take a look at other topics that we address in our EnviLaw newsletter #5:

If you do not want to miss any important news, subscribe to the EnviLaw newsletter!

As we reported last year, the European Union has also focused on the area of financial services in order to achieve a more sustainable economy. In March, the Sustainable Finance Disclosure Regulation (SFDR) came into effect. SFDR affects financial market participants and financial advisers. Its aim is to increase the transparency of financial services and improve end-investor awareness. Among other things, obliged entities must now publish information about the inclusion of sustainability-related risks into internal processes or inform their clients about risks before a contract is signed.

However, the new regulation is not complete yet – the SFDR is to be complemented by Regulatory Technical Standards (RTS), which will clarify the content, methodology and extent of the information obligations. The European Supervisory Authorities (namely the European Banking Authority, the European Insurance and Occupational Pensions Authority and the European Securities and Markets Authority) were responsible for the preparation of this standard and their draft was published in early February 2021. According to the original plan, the RTS were to enter into force in parallel with the SFDR; however, the date was postponed to 1 January 2022 due to repeated delays during their preparation. This also means that the fulfilment of certain obligations is postponed as well, contrary to the original plans.

However, we recommend familiarising with the content of the RTS now – it can serve as a useful guide for the interpretation of the current requirements. It can also help prepare for the future because it contains a detailed methodology and templates that the obliged subjects will have to use. For the sake of efficiency, it can also be recommended to start following selected provisions of the RTS now, for example Article 2 of the draft RTS that defines the basic principles of information presentation.

The regulations adopted under the abovementioned SFDR are closely interlinked. The Taxonomy Regulation thus empowers the European Supervisory Bodies to add new requirements to the SFDR regarding financial product sustainability based on the Regulatory Technical Standards. The said authorities have decided to amend the RTS to create a unified set of rules that will take into account all sustainable investments, both taxonomy-related and non-taxonomy related. Consultations on the extension of requirements are currently underway. The ESAs have presented a proposal to amend the RTS and stakeholders can comment on it by 12 May 2021.

The extension of requirements will mainly concern the clarification of the rules for disclosure of pre-contractual information under Articles 8 and 9 of the SFDR, i.e. financial products promoting environmental or social characteristics and financial products with a sustainable investment objective (also referred to as “light green” or “dark green” products).

It is apparent that the sustainable financing sector will develop significantly in 2021.  Apart from the above, we expect the Commission to publish a list of environmentally sustainable activities, the “green taxonomy”.  The European Union representatives hope that this taxonomy will significantly transform the fight against climate change. The European Union has postponed the publication of the green taxonomy several times, last time due to the fact that ten EU Member States did not agree with the classification of gas and nuclear.

Investors are realising that the green bet is paying off

Interest in sustainable and responsible investment is skyrocketing; this area has basically become part of the mainstream in recent years, which is largely attributable to millennials. However, sustainable investments are becoming increasingly popular among the general population as well. 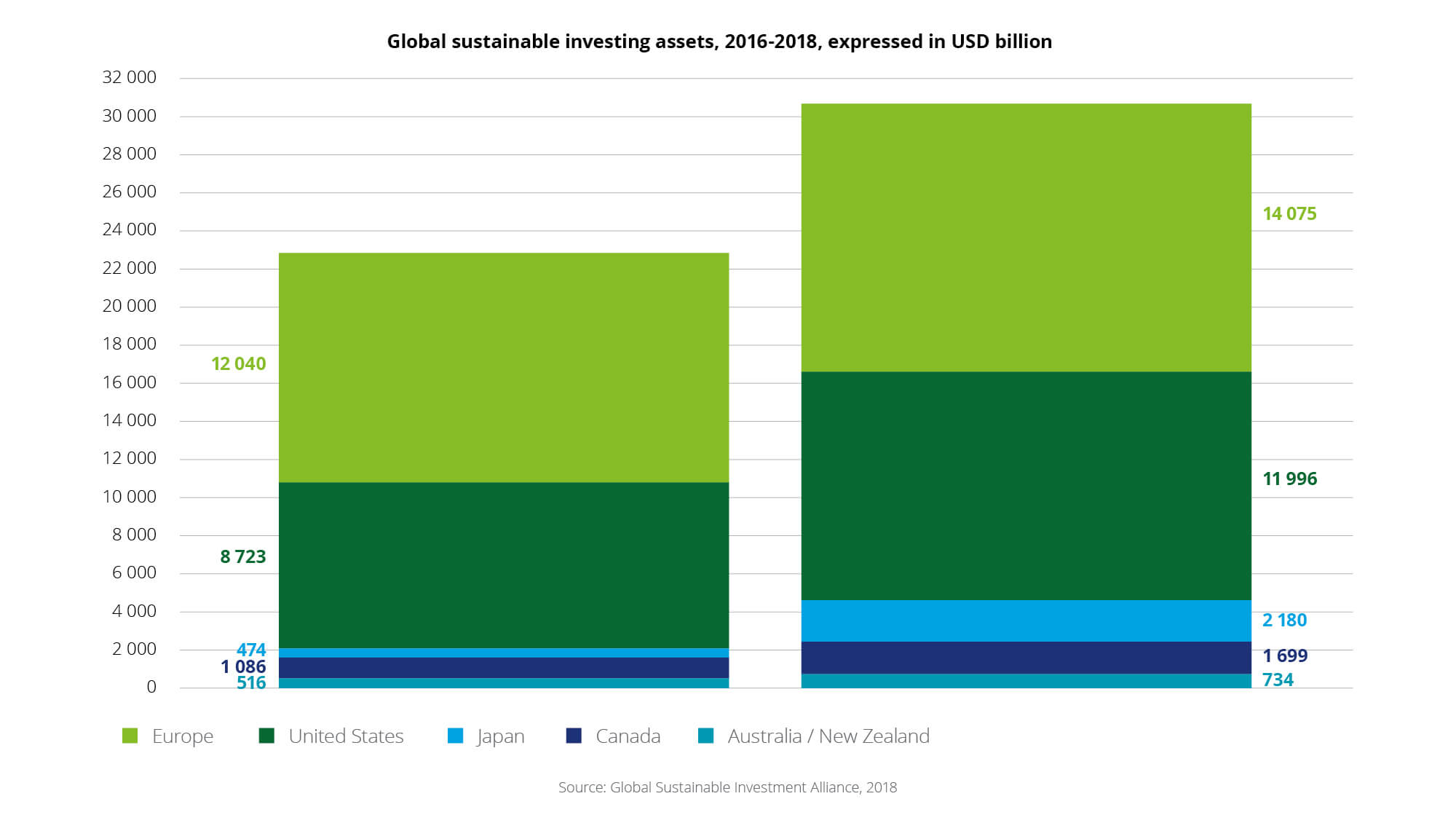 Experience in recent years has also shown that the concerns of some investors about the benefits of sustainable development were unfounded. According to a study conducted in seven investment sectors, approximately 59% of sustainable funds have outperformed traditional funds within 10 years. They were also performing better in the context of the pandemic. One reason could be that sustainable funds do not invest in carbon-intensive sectors which were more negatively affected by the pandemic. Managers of sustainable portfolios may also take more into account non-financial risks, including a pandemic.

Although the data speaks for itself, the question is whether the popularity of sustainable investments will continue to grow in the coming years. At the very least, awareness of these investments will increase in the European Union in the future thanks to the SFDR.

In January, the Court of Justice of the European Union (CJEU) ruled that the European Investment Bank (EIB) had wrongfully rejected a request for an internal review of a loan for the construction of a biomass power plant in Spain. The lawsuit was brought to the CJEU by the ClientEarth environmental NGO.

According to ClientEarth, granting the loan breached the EIB’s criteria for sustainable investment in renewable energy and the organisation therefore asked for an internal review of the decision in accordance with the Aarhus Convention. EIB claimed the request was inadmissible, arguing i.a. that the request for an internal review is incompatible with the independence of its financing decisions. The CJEU has ruled in favour of ClientEarth, stating that the request for a review concerned environmental and social aspects of the EIB’s decision in the given matter.  The request for a review in accordance with the Aarhus convention was thus admissible.

This case is significant because for the first time in history, an NGO was successful in a legal dispute with EIB at the CJEU regarding the transparency in the management of public finances. In its annual report, EIB plans to provide more than 50% of loans in support of sustainability. However, according to ClientEarth’s legal representatives, it is important that the decision-making of EIB can be subject to public scrutiny.