Had COVID-19 and their own PCR saliva diagnostics not come along in the past two years, nothing would have changed. They would have continued developing new drugs and other diagnostic methods. “This way, we seized an opportunity, and even though the other divisions have slowed down a bit, at least now we have the advantage of having one segment that is highly profitable and allows us to fund development in other areas,” says Martin Dienstbier, who together with Václav Navrátil founded the Czech spin-off company DIANA Biotechnologies. What caused its meteoric growth?

Spit or swab? When they started asking this question at testing centres during the COVID-19 pandemic, we, in all honesty, did not hesitate at all – the painless PCR spit test was the obvious choice. Did you know that its development, including automated results, came from the Czech company DIANA Biotechnologies? At its peak, DIANA Lab was able to evaluate 10,000 PCR saliva tests in one day.

This is a story about “the golden Czech hands”. However, it is not a greenfield, but rather a laboratory project that, in addition to diagnosing viral diseases, also focused on the development of new drugs and diagnostic methods. After the onset ofCOVID-19, DIANA Biotechnologies responded quickly by. developing its own ultra-sensitive PCR spit tests with an automated evaluation system around it.

DIANA Biotechnologies dominated the Companies to Watch category within the Deloitte Technology Fast 50 program – with its growth of 100,314%, it broke the previous records in the 23-year history of the competition!

“Since the beginning, we knew that we would not have just one drug for one disease, but several of them, which would increase our chance of success,” says Václav Navrátil, a scientist and CEO of the company, who started developing the DIANA method, that inspired the company’s name, during his doctorate studies. After the first experiments in the laboratory sometime around 2013, a rather long journey towards this method followed, with its main application being diagnostics and drug development. “That’s when I met Martin Dienstbier, who imbued it all with a commercialisation drive, thanks to his scientific and business background.”

When they recall the story of how their company came to be, they say it took a lot of intermediate steps and that finding an investor was surprisingly the easiest thing, while the hardest one was getting the company in the groove. “In the Czech Republic, there aren’t many new spin-off companies, i.e. in the field of biotech research. The Academy of Sciences doesn’t have the experience, and neither did the investors nor we,” says Martin Dienstbier, scientist, and CFO of DIANA Biotechnologies, adding: “The hardest part was figuring out how the whole thing could work contractually, how to transfer the technology, how to provide infrastructure for the company. It was quite a lengthy process.”

And then COVID-19 stepped in and within three years, PCR diagnostics became the largest division of the company. It started with the development of tests and chemical preparations for the evaluation process, but also the development of their own sampling kits, including sampling funnels, which meant venturing into a completely different field – plastics manufacturing. Then came business acumen and the ability to deliver tests to the market quickly (over 2 million to date), including an automated solution for their evaluation.

“However, we don’t want to be known as a PCR test manufacturer only as PCR diagnostics is only one segment; another segment is antibodies, which target both diagnostics and therapy. We are convinced that in due time, both pharmaceuticals and antibodies will eventually take a higher share than diagnostics,” says Václav Navrátil.

“What is my vision of DIANA Biotechnologies in twenty years? A pharmaceutical company that has several drugs on the market and supplies pharmacies with at-home testing kits for common diseases.”

Václav Navrátil: We wanted to develop a better method and bust the myth of having no other way

How did the idea of replacing the classic nasopharyngeal swab with COVID-19 saliva testing come about?

We had this idea from the very beginning – anything droplet-borne must be detectable from saliva as a matter of principle, otherwise, the principle of the spread of disease would not work. We made standard nasal tests first, but more or less from day one we were developing saliva tests as well and managed to get them clinically validated. We proved that if you use good enough chemicals – which is the key because not all the chemistries on the market work – you can use saliva, too. We have always been research-based. So, there were two things at play: to develop a better method, but also to kind of bust the myth, to face the challenge and prove that there is another way.

I understand that you have had enough of being linked to COVID, but from a layman’s perspective, your development in this regard is fascinating. How has your experience in developing the diagnostic method helped you in setting your future course?

There was no similar solution on the market because it did not count on a saliva sample for automated testing, so we basically had no other choice. In the end, our solution allowed a lab of 5 people to test 10,000 samples a day, including the administration. There was an awful lot of work behind it, from the chemistry that was developed purely for this purpose to the development of the sampling kits, the automation, and the IT solution – it all had to be connected. And that is what makes us unique – the ability to work interdisciplinary.

What path are you going to take now?

It is important to remember that PCR diagnostics did not appear out of the blue, there is a great synergy with other projects. We have been research-oriented from the beginning; we have filed several patents in this field, and we will file several more. And in the same way, we knew from the beginning that we would not have just one substance for one disease, but that we would develop several, which gives us a better chance of success. Nonetheless, it is not just that one drug, there are also antibodies and diagnostics. Therefore, we have multiple projects in each segment – and there are several of those, all interconnected. This is why further development plays right into our hands as the development of each element furthers the development of others.

“The driving force of the Czech industry, one of the export products of the Czech Republic, which has made its mark in the field of innovative pharmaceutical development, and a pioneer project in the Czech Republic with international success. That is my vision of DIANA Biotechnologies in the next few years.”

Martin Dienstbier: Our vision is to produce globally competitive pharmaceuticals

You found an investor relatively easily, recruited top experts, grew at a rapid pace within two years, and created a unique solution for COVID-19 saliva testing. That is rather rare as development usually takes years. How did you manage to do all this in record time?

Apart from the personal fit with the investors, we had a vision of assembling a unique core team with top experts. We also supposed that if the first business idea did not work out, we would be able to generate a second and a third one, which eventually happened. Nevertheless, the probability of failure was high, it was a step into the unknown for all of us. COVID-19 was a unique opportunity that we only took advantage of because we had top people, and top facilities, and thus were able to quickly seize an unexpected opportunity. Of course, back then, it did not occur to us that we would be doing PCR diagnostics – yet within three years, it has become the largest division of the company.

In the Czech Republic, biotech research companies are practically non-existent. How did you manage to assemble a team of top experts and grow at a meteoric pace?

I always say that success is about people. It is not about dozens of people, but about a few individuals who have the top know-how and make up the core of the team. We have Vašek Navrátil, a top biochemist, we have Jirka Schimer, a unique chemist, we have colleagues who understand plastics… Everybody brought their know-how and team, providing us with the country’s best of the best. The only thing left to do now is to attract global experts – nobody is pursuing drug development in the Czech Republic; at a certain stage, we will encounter a shortage of experts as there is a lack of necessary experience in this country.

You are well on your way to making it in other areas. Can you keep the label of a Czech biotech company?

We want to keep the company’s headquarters and development in the Czech Republic as long as possible – it would make sense to centralise the performance of different development projects because of their synergy. However, it is crucial to understand that our products are not intended for the Czech market, which may sound like a contradiction, given our great success with COVID-19 tests on the Czech market, but it really was just an exception.

You always develop drugs for the whole world, you cannot decide to develop them for the Czech Republic only, and the same holds true for diagnostics. Our vision is to manufacture products that are ahead of the technological curve, and thus globally competitive. The way we look at it now is that we have transformed from a development start-up to a mid-sized development and manufacturing company thanks to our success on the Czech market, and now we need an appropriate strategy to handle our global expansion. 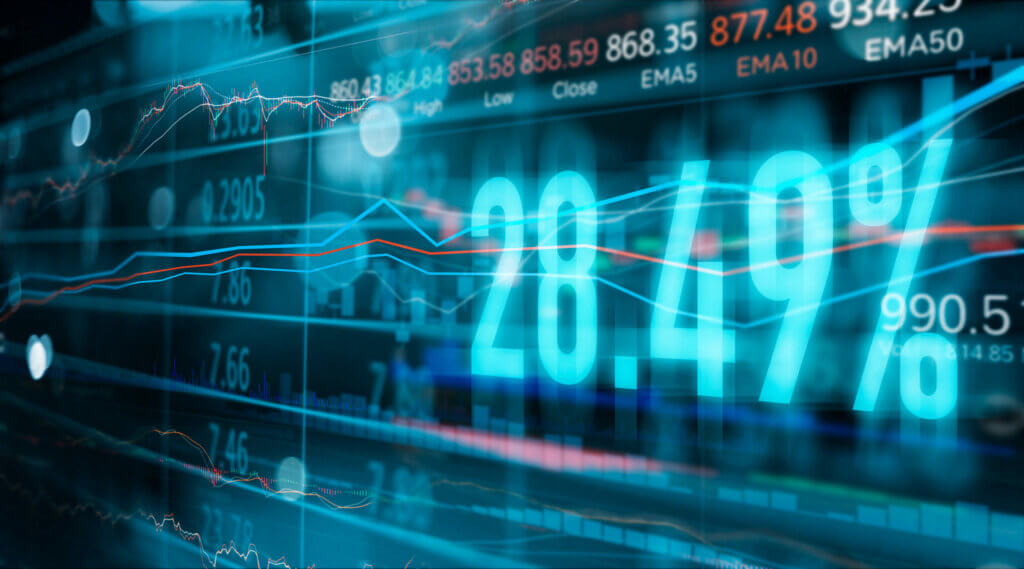