When Otakar Šuffner and Marek Vašíček co-founded FTMO in 2015, a platform that tests and searches for traders on financial markets, a similar project already existed in the world. In hindsight, however, they speak without exaggeration about the fact that, thanks to a different approach, they actually set the entire industry in motion.

They have taken all-embracing care of traders, not only in terms of facilities and know-how and the opportunity to try out real trading conditions in a demo version before a real start but also in terms of the care of a performance coach. Mental well-being is crucial for traders. What is behind the success of the company that has grown the fastest in Central Europe twice in a row?

Story One: The business that was (not) supposed to work

The story of how Marek Vašíček and Otakar Šuffner developed the Získejúčet project (Get an Account) and the FF Trader start-up, which was searching for successful traders and got rejected the first time, is already well-known and is actually not that unique within the start-up community. “The main investor had a bad experience with trading on financial markets, and that actually made the call. But we were clearly convinced of the strength of our business, so we thought we’d try it ourselves,” Marek Vašíček, co-founder and CTO, recalled of FTMO’s beginnings.

Both founders have come a long way since the days of the tiny office in Žižkov, Prague. But as Marek Vašíček says, if they had not gone all in, such success would not have come. “If our employees saw that we didn’t care, I think it’d be very noticeable. But if we come into the office, being among the first ones there, deal with different fuckups on weekends and at night, even without having a break, and we’ve been doing so for eight years, it’s simply visible. And our clients see it too.”

You have to work hard and think a little bit at the same time (a few more words from Marek) and then success will come. “But it’s not about chasing money, it’s about chasing a good product. Clients get to see what’s behind it all.”

In the beginning, they did not mean to change the financial world and the industry. As traders, they had trouble with thin capitalisation and they were trying to address it. The result? FTMO, a platform that uses cloud services and modern technology to help traders around the world improve their trading in financial markets with the possibility of getting rewarded, without investing personal capital and with almost zero risk.

"We have come up with a platform that will help traders to follow fundamental things like discipline and risk management. These are the key qualities that a trader must master. What makes our platform different is the fact that we have the fairest rules for getting a demo account from which traders can get rewards and that traders are looked after by a performance coach."

But practically speaking, they are the fastest growing technology company in Central Europe not for the second time, but already for the fourth time. The first time they scored in the Deloitte Technology Fast 50 programme in 2019 as Rising Stars (now the Companies to Watch category) with a growth rate of 1,465%. They clearly overrun other start-ups also the year after. At the time, Otakar Šuffner mentioned that the growth was due to a great product, an even greater team, and of course the hard work of the two founders. They reached the hat-trick in 2021 when they had already grown into the Fast 50 category thanks to more than 4 years of existence, where they immediately rewrote history – the growth rate of nearly 40,000% was a record in the history of the competition.

However, they already announced then that they would have to face the same destiny as, for example, the 3D printer manufacturer Prusa Research – the frantic growth rate cannot be sustained forever. It will be replaced by the stabilisation of internal processes, recruitment, and passing key roles previously held by the founders to other people: a natural process where the start-up ecosystem outgrows its capabilities and becomes a large company in all respects.

“In 2020, we grew 16 times compared to the previous year. This growth rate cannot be sustained in the long term,” says Otakar Šuffner and continues, “Maintaining the quality of services, of course, remains a priority, as does reaching out to large markets in their local language.”

And this year’s result? Still at the top, four times number one with a sales growth rate of 25,255%. Compared to the second company in the Fast 50 ranking, that is almost double the growth, and even quadruple the growth of the top three.

''We've professionalised and stabilised a lot, and the punk business has become a regular company. We've managed to make FTMO a strong brand, not only globally for clients, but also from an employer branding perspective. We have great employees, and the positive news is that they are not leaving us; the turnover is almost zero.''

Story Three: The next chapter – acquisition

The past year has been born in the spirit of acquisition at FTMO, looking for a broker-regulated firm to buy so that they can further expand their business to clients who want to trade their own money. Marek Vašíček, one of the founders, adds: “The acquisition will be crucial for us, it will unlock a lot of new doors for us. The plan is that we will use our values and know-how to enrich the broker’s clients on the one hand and offer regulated services to our clients on the other. This combination entails a great opportunity for our clients, who will get new options and additional added value.”

They see this as a natural step in an industry they understand. “We’ve managed a lot of things over the last eight years, so we’re just going to use what we’re good at and do it in a slightly different market,” comments Marek Vašíček.

It’s going to be a long run though, they have work to do for the next three or four years. “With this move, we are opening the door for ourselves to enter in among the top 10 companies that offer regulated services. These are companies with hundreds of people, and we could easily be there in five years. But it won’t be easy, because there are already hundreds of such companies, it’s not like at the beginning when FTMO was the only one,” mentions Otakar Šuffner.

FTMO is growing not only in terms of sales, traders, and countries (more than 180 countries on all continents) but also in terms of the number of employees. They are loyal hearts, often former clients, who are then all the more passionate about the business and in tune with the brand.

“It’s a cliché, but corporate success lies ultimately on our people. Our people don’t come to work just to get a paycheque, they come to work because they enjoy what they do. Many times, they stay late into the evening, and nobody forces them to do so. They come up with their own ideas, they are motivated, and they want to invent new things. And that’s how we keep moving as a company – it’s not forced, everything comes naturally. As the company grows, so do its people, and that’s the best part,” concludes Marek Vašíček.

Winner of the 2022 Deloitte Technology Fast 50 programme, which for 22 years has been looking for the fastest-growing technology companies in 18 countries in Central, Northern, and South-Eastern Europe. 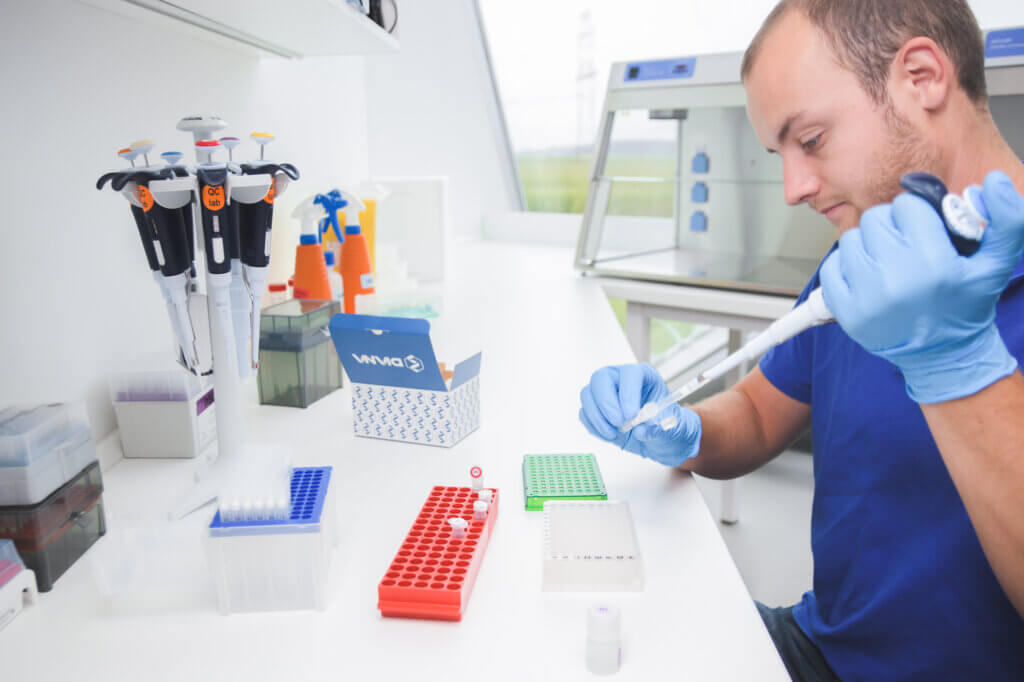