Diana started working for Deloitte at a time when there were only about 50 employees, computers were not part of standard equipment in the offices, and working for the Big Four was a dream job. She built her career on the fact that she has never been afraid to ask and admit mistakes and she has always put her family first. All these factors helped her become the first woman ever to be leading Deloitte. What is Diana Rádl Rogerová like?

Story No. 1: Obstacle Which Turned Out To Be the Greatest School of Life

You can either let it be and come to terms with it or you can fight it. The second approach is manifested in the story of Diana Rádl Rogerová, a daughter of a Cuban father and a Czech mother, who returned back to the former Czechoslovakia at the age of 12 after her parents’ divorce. “I couldn’t speak Czech, which was the main reason why I automatically ended up in a special class that was established at certain elementary schools at that time.”

These classes were attended primarily by children with lower IQs or children with behaviour problems. And among them was Diana, whose only minus was that she could not speak Czech. “These were really hard times for me, I was really angry, I was angry with all the people around because I did not understand why I was placed in this class. Nevertheless, now I know that it was the best school of my life.”

She managed to learn Czech in three months, also thanks to the children at school. And what’s more, “as time went by, I realised that they were also talented children. Only there was no one who would work with them and their talent, as talent was judged by your results in Czech or Maths and not by natural ability that did not fit in any tables.”

Diana’s Approach or 5 Ways That Can Move You Forward

“With us, women, the greatest problem is that we do not ask for things when we think that we are good enough or even exceptional. Do not be afraid to say that you are up to it, do not underestimate yourselves. It is also about how much support you have at home and in the company. I did not have the ambition to be the best but I have never been afraid to – ask”.

“Trusting people also means that you are not afraid to make mistakes. For example, I keep making mistakes all the time and I admit it. Those who don’t make mistakes never manage to do anything.”

“Do what you really enjoy doing. And if you are doing something you do not enjoy, then you are in the wrong place. Make a move forwards.”

“Never underestimate anyone. It will help you in the way other people will percieve you – humanly.”

“Each of us has their talent. The only question is whether this talent is a fit for the company we work for.” 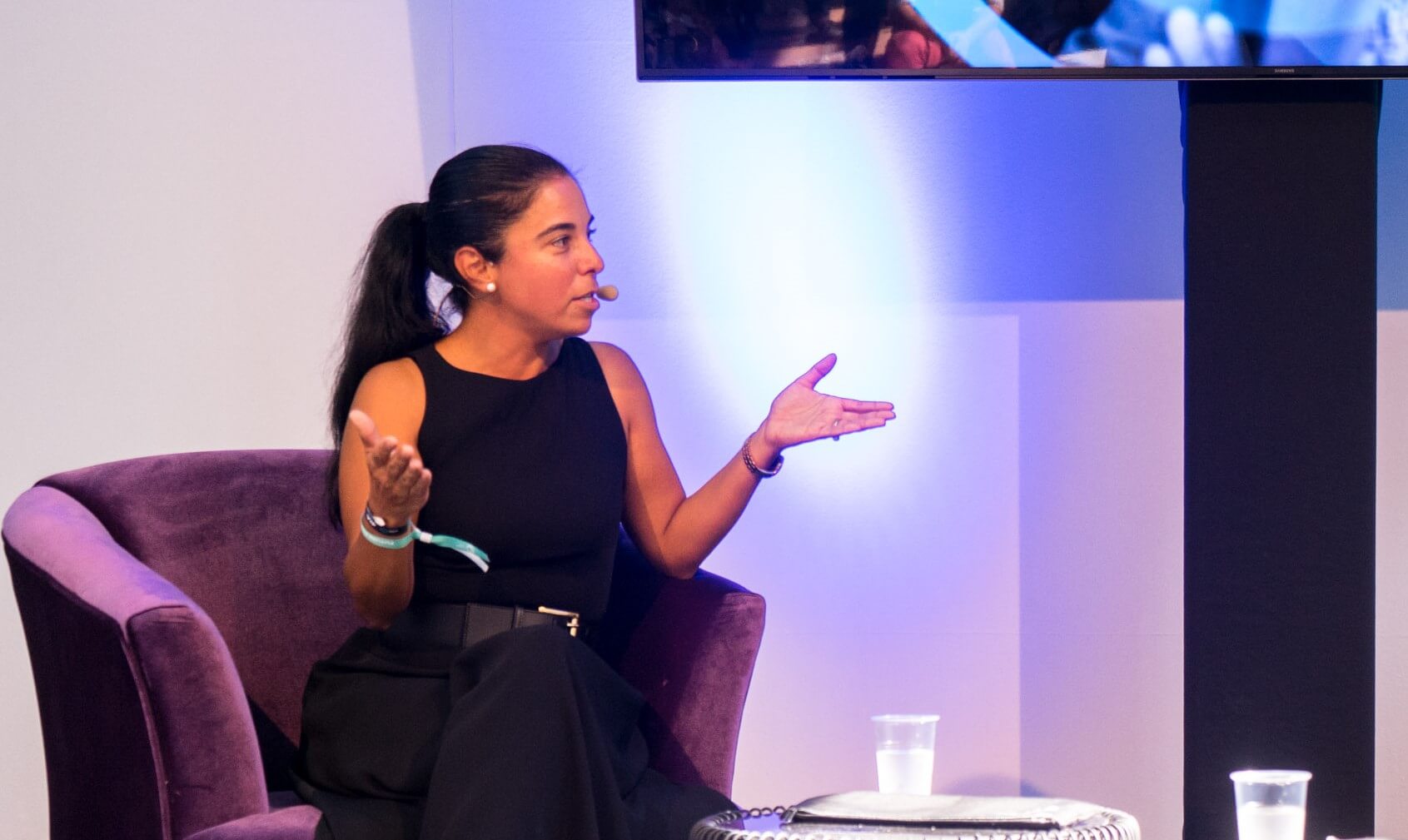 Story No. 2: Motherhood Versus Career

The question of how to combine career and family is an ongoing issue. Mind you, if you are a woman. Is it possible at all for a woman to reach the top positions and have a happy family at the same time? Diana did manage, even though she admits that it has not been easy. It wouldn’t work if her husband wasn’t forthcoming and they could not share the care of their son and other responsibilities equally.

“However, I must say that I have never planned a great career. Opportunities simply gradually turned up. However, I have also always known that once my family starts to suffer, I would leave my job immediately.”

However, each coin has two sides. Diana is very open about her view that it was exactly the fact that she is a woman that helped her get elected leader of Deloitte in the Czech Republic. “At that time, all the five candidates were equally strong and if any of us had been elected, it would not have been a wrong choice. However, I am convinced that I was elected because there was no other woman in a leading position at any of the Deloitte firms in the surrounding countries. A female perspective is also important for business, it is simply reality,” Diana says frankly.

And what about other women at Deloitte? Read what Tereza Kavan Klimešová and Daniela Hynštová, Deloitte partners, say about motherhood and career.

Story No. 3: The Highest Goal or Leading a Company

Don’t be misled, this really was not one of the main reasons why she was appointed to lead the Czech office of Deloitte. Before she reached the highest goal, she had had more than 20 years of experience in the areas of audit and real estate. It was the real estate advisory team that Diana considers to be crucial for the start of her career – she had suggested to the management that they should expand their activities also to other areas. She was given a chance to start a completely new line of business and success soon followed. “This is exactly what I find great about Deloitte – every time I wanted to try something new or I had an idea, I got a chance to realise it.”

However, she admits that she has also been through periods of doubts and she frankly admits that she had moments when she was considering jumping ship. The thoughts about change were so intense that she handed in her notice after five years at Deloitte. “I even had a farewell party. However, I pondered upon my decision at night and in the end, I stayed.” Nowadays, she recalls this episode with a smile. 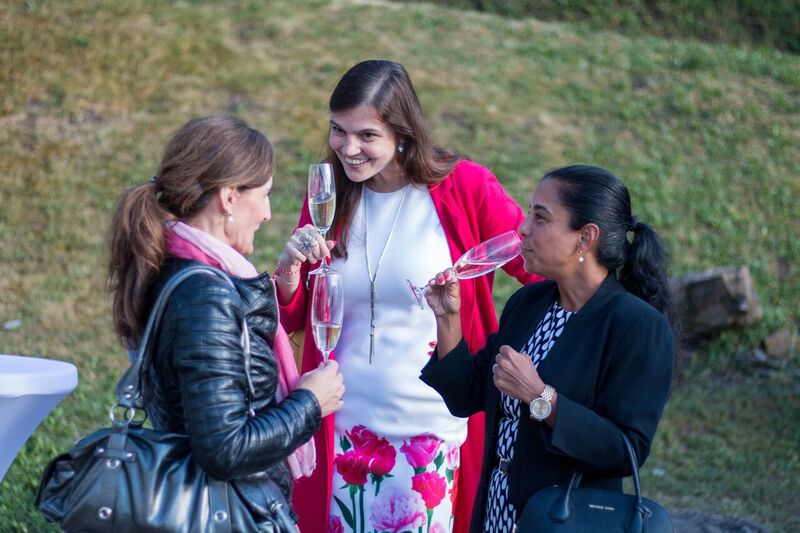 Story No. 4: Technologies As a Competitive Advantage

In the past few years, i.e. in the time when Diana took the helm, Deloitte’s visions have been new technologies and innovation. They create, together with data and diversity, a mix that differentiates Deloitte from its competitors. “It is also related to our support of start-ups. On one hand, we have contacts to large institutions and clients that need to modernise their processes, and on the other hand, we cooperate with start-ups that develop these new tools and solutions. And we are able to interconnect these two worlds.”

Technologies are also related to another initiative established in 2018 – a programme for children Deloitte KidsXO Club. “We attempt to really educate children rather than just talk about it. In our club, we show children what the world will be like in the future, what technologies will be available and what knowledge and soft skills they will need to be able to succeed in such a world. We want to show that technologies can be fun. We want to show them that if they do what they enjoy, they are on the right track,“ Diana Rádl Rogerová concludes her day’s journey.

Within the five meetings of the KidsXO Club, children and teenagers aged between 8 and 18 could encounter virtual reality, artificial intelligence, robotics and other latest technologies. They met the famous YouTuber Kovy. On special occasions held last year, such as the Future Port Prague conference or the Singularity University Summit in Prague, children could attend lectures delivered by world known scientists. Similar opportunities will be provided to them also this year.

Diana Rádl Rogerová joined Deloitte in 1996 as an Audit Assistant. Twenty years later, she became the leader of the firm. In addition to managing the Czech office of Deloitte, she provides advice to financial institutions and services on the real estate market in Central Europe. She is also a managing director of Deloitte Central Europe – thus, in addition to managing more than a thousand employees in the Czech Republic, she also co-manages 5,000 other employees from 18 different countries. She grew up in a mix of Cuban and Czech cultures, at the age of 12, after her parents’ divorce, she returned back to Czechoslovakia with her mother and her sister. She studied international relations at the University of Economics in Prague. She is married and has a son. She likes being with her family, dancing and sports. Her motto in life is: Be helpful, don’t be ungrateful.

Home office and its setting. We summarized most frequent questions and answers that are asked by our clients. Find out how to quickly set up home office, what tax regime applies for compensation for working fro…

IRENA: Voicebot and chatbot in the service of non-profit organisations helping refugees

The substantial refugee waves bring about the need to quickly react to various information and convey it as effectively as possible to those who need it. That is why Deloitte’s team for Intelligent Process Auto…

We bring you the essential points of the new laws on measures in relation to the current situation in Ukraine, the so-called Lex Ukraine.